Alisa Clements graduated from the Lycée Fénelon in Paris France with a degree in Literature and Philosophy, and earned a B.A. from Harvard University and a M.F.A. in Interrelated Media from the Massachusetts College of Art.  She studied capoeira with Mestre Deraldo of the group Capoeira Camará in Boston for six or seven years; she also studied for a year with Mestre Beck.  During her stays in Salvador she has trained with Mestre Lua de Bobó and with the Casa de Capoeira Mutações.  At this time she is taking classes with Contramestre Manhoso of the group Capoeira Camará Angola in Boston.

Before taking up the translation of this book, she had participated in other experiences of cultural import tied to capoeira, such as the construction of the site http://br.geocities.com/pcamaleao/ and the recording of a CD called Roots of Bahia in 1998, featuring mestres Deraldo, João Grande, João Pequeno, Lua de Bobó and Pelé da Bomba, among others.

On the subject of the work and importance of translating Professor Acúrsio’s book, Alisa says: “When I read Acúrsio’s book, I immediately wanted to share it with various friends and acquaintances.  Unfortunately, none of these people have a good enough knowledge of Portuguese to be able to read it.  I knew the book had come out recently, so I decided to ask Acúrsio whether a translation already existed and, in case it did not, whether he would allow me to do it.  The translation has been collaborative, since I have often had to ask him to elucidate some point or other – and in this way I’ve learned even more about the topic.

I believe this is an important book, as it is vital for every capoeirista to have an understanding of the larger context within which s/he is acting, and of the role s/he is playing, consciously or not, within this context.  This book is also very important for the foreign capoeirista, who may plunge into an unknown culture with great goodwill but also, frequently, with considerable naivety.”

Materials related to Acúrsio Esteves’s book – click on the links below:

Professor and researcher Acúrsio Esteves has a degree in Physical Education from UCSal, with a Master’s Degree in the Administration of Organizations from UNEB; he is also a professor attached to the Municipal Ministry of Education and Culture of Salvador.  In addition, he is a lecturer in the colleges Jorge Amado and the FACDELTA in the disciplines of Physical Education and Tourism, respectively.  He is the author of The Pedagogy of Play and The Entertainment Industry’s “Capoeira”. 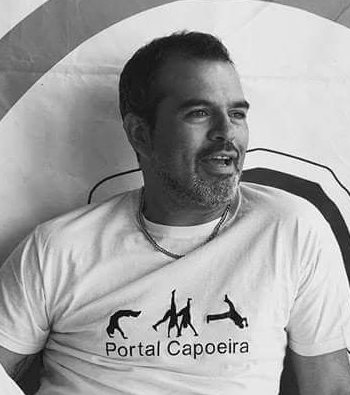